If you have dabbled in songwriting but have found yourself disappointed with
your efforts, it’s easy to get discouraged. Equally frustrating is when you
think your songs are good, but they fail to interest others, to the point where
you start to second-guess your abilities. Yes, there’s a certain amount of
creative inspiration involved with any musical endeavor, which some may put
down to luck, but somehow “luck” always seems to favor those who
are well-prepared. Here are a few tips to get you set up right, to be ready
when inspiration strikes.

Okay, you probably already listen to music day and
night, but what we’re talking about here is not volume but variety. If you
look at the listening habits of the top songwriters, most have an encyclopedic
knowledge of many different genres of music, because they make an effort to
listen to as many different things as possible. Given that a world full of
music is available on the internet, there’s no excuse for not broadening your
horizons and getting out of your little corner. You can use the things you find
in various styles to inform your own unique style.

A large factor in creating something of
quality is knowing how to recognize the components. When you come across a song
you really love, break it down and find out why. Make notes on paper. What
sorts of melodies and scales appeal to you, what sorts of beats? It may seem
like analyzing every piece of music you hear would take the magic out of it,
but the real magic comes when you start being able to use that knowledge to
create your own great songs.

We’ve all done it before – you come up with a great
bass line, or a great vocal melody, or a great beat, and it’s kind of an
inconvenient time to notate it, so you think, I’ll just remember it. And then,
of course, you forget, or when you remember it later you don’t get it quite
right, and it’s not quite as good. These days, most phones have a built-in
audio recorder, so when you come up with that killer motif, don’t be lazy –
take a few moments and sing it into your phone. You’ll be thankful later.

People like to have a romantic idea
of songwriting where beautiful songs simply burst forth spontaneously as if
from a fountain, but as any working songwriter can tell you, the reality is not
usually like that. With songwriting, like any other creative skill, there’s a
fair amount of actual work and elbow grease involved. The best way to get
inspiration is to put yourself in the context where that inspiration is likely
to come about, as frequently as possible. You’ll come up with a greater number
of viable song ideas if you’re actually making time to sit at the piano (or
wherever else you write) and work through them. If that means marking sessions
down on a calendar like your other appointments so that you’re held
accountable, so be it.

Don’t fall into the trap of thinking that some people are just born better
songwriters than others and that there’s nothing you can do to change that.
Sure, you may have been born with a certain level of predisposition for
songwriting skill, but whether or not you work hard to develop your skills is entirely
up to you. Moderate natural talent combined with a faultless work ethic trumps
extreme natural talent combined with laziness. Do your best to evolve in small
ways every day, and you’ll see the improvement in your songwriting sooner than
you think.

Brynn lives and breathes all things music – she especially enjoys intimate
concerts at small venues, going to her friends’ recitals, and watching Broadway
musicals. She’s played the piano for over 20 years and when she’s not working
on her musical skills, she blogs about music, art, concerts and more at several
sites including http://musicology-101.com/ 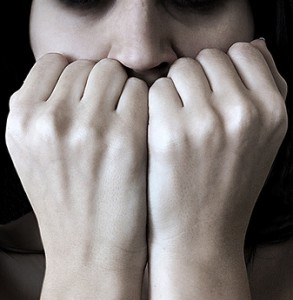 Tips for how to beat music performance anxiety, stage fright and nerves – part 1

The heart is pounding and races faster, the hands shake. Many people  experience anxiety when they become the centre of attention. Many musicians are not able to perform their best as a result of an increased anxiety level.       While some believe it is important to  experience some […]

The Benefits of Music Instruction in Schools

Image Courtesy of Wikimedia Commons  By Marcela De Vivo Art and music are usually the first programs to be cut from the school budget. Considered to not be an integral part of learning skills and information that would be useful in the future (on the job, out in […]

8 music apps and services for organising your song library

ION Audio Piano apprentice – is it really worth the money?

By Gavin Petersen When I was little, I had a yamaha keyboard that had lights above each key. The great things was you could learn to play songs by hitting the keys when those lights glowed. I thought that was the most awesome keyboard ever. Decades later, the […] 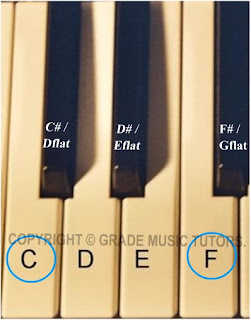 Third part in a piano video tutorial series on the song ‘New Day’. This lesson focuses on the distinctive melody leading into the first verse using the right hand and the downwards left hand chord progression.

Spice up your Piano Practice – for busy adults

Most adults going who return to learning piano after nearly a lifetime way, will most likely be studying on their own. You probably know how to read music and have taken years of lessons in classical piano with various teachers (some you liked, others you hated) in the past. Here […]

Dynamics and articulation are about how each note is played. Without incorporating these into your playing, music will sound ‘one-dimensional’. Below is a list of what you must know to take your performances to the next level. Dynamics Dynamics are indicators of the relative intensity or volume of a musical […]

How to choose the right Piano/instrumental teacher

Finding the right piano (or even music instrument) teacher will have a very important impact on you or child’s learning and the way you or they view music in the future. Selecting the wrong tutor may even cause an aversion to learning due to the bad experience. Trust also […]